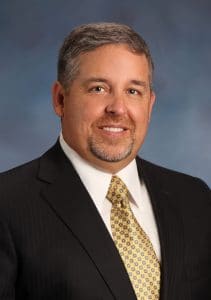 Greg W. Turman was born in Fort Worth, Texas. In 1985, he graduated as Valedictorian from Western Hills High School, Fort Worth. As a recipient of the Chancellor’s Scholarship, Greg received his Bachelor’s degree in Criminal Justice from Texas Christian University in 1989. He is a 1992 graduate of the University of Houston School of Law. After graduating from law school, Mr. Turman moved to Corpus Christi, Texas and has spent the last twenty-eight years representing those injured by the negligence of others. He has concentrated his practice in the fields of medical malpractice, trucking collisions, oil rig injuries, product liability, and pharmaceutical litigation.

Greg is currently Board Certified in Personal Injury Trial Law by the Texas Board of Legal Specialization and has tried numerous cases in the areas of medical malpractice, pharmaceutical litigation, commercial vehicle wrecks, premises liability, workplace negligence, motor vehicle collisions, sexual harassment, and product liability. He was an investigator in Districts 11A & 11B Unauthorized Practice of Law Subcommittee from 2002 through 2016, a former Chairman of the District 11 Grievance Committee (2003-2005) and past Panel Chair for the District 11-A3 Grievance Committee, and is a Barrister in the Reynaldo G. Garza American Inns of Court. Mr. Turman is a Life Fellow in The Texas Bar Foundation and a member of the American Association for Justice (AAJ), the State Bar of Texas, and the Corpus Christi Bar Association (Board of Directors, 2008-2010). Greg is admitted to practice law in the state courts of Texas, and in the United States District Courts for the Southern and Northern Districts of Texas.

In addition to his civil practice, Mr. Turman has authored several papers. Most notably, Mr. Turman authored “Basics of Civil Litigation” for the Half Moon Seminars (2004 and 2006) and co-authored “Legal Aspects of Nursing,” utilized at Del Mar College and Texas A&M University-Corpus Christi (2000-2002). Mr. Turman has also been selected as one of the Texas’ Super Lawyers by Law & Politics, as published by Texas Monthly Magazine since 2009 and has been given the highest rating in legal ability and ethical standards (AV) by the Martindale-Hubbell peer review system.

Greg and his wife, Joeli, have four wonderful children.  When not practicing law, Greg enjoys racing sailboats (one-design and PHRF) as well as participating as Race Committee for regattas throughout Texas.

Fill out the form below to get in touch with our team!

At the Snapka Law Firm, we understand the devastating consequences of a serious injury resulting from another's negligent actions. Not only do we provide tenacious legal representation, we help you get through this trying time by dealing with the burdens of your personal injury case on your behalf. Every case we accept is handled personally by one of our attorneys who will be committed to helping you understand the process while preparing your case for resolution. As a small but highly focused firm, we provide a more personalized attention to detail that you won't often find with larger law firms. With decades of courtroom experience, the Snapka Law Firm has delivered our clients millions of dollars in compensation as a result of successful verdicts and settlements. With our personalized touch, extensive experience, and strong relationships with investigation specialists and industry experts, you'll be represented by one of the best personal injury law firms in Texas.

Kathryn Snapka is one of the few attorneys in Texas that is board certified in personal injury trial law and her firm has been recognized by the National Board of Trial Advocacy, Super Lawyers, Texas Trial Lawyers Association, American College of Trial Lawyers, and American Board of Trial Advocates. Our firm has won hundreds of cases for injury clients resulting in a reputation amongst defense attorneys that deters them from taking their case to trial against us. When working with the Snapka Law Firm we fight for the highest compensation for your losses and damages with the least amount of inconvenience to you. If you have been a victim of a serious injury, contact us for your free personalized consultation today.

"If you are looking for legal representation from a firm that will not only give you good legal help, but also the feeling of friendship and guidance during stressful times, you can’t go wrong with The Snapka Law Firm. In the past two years, many residents of Clint have grown to know Kathy Snapka and Craig Henderson and have felt they could not have been in better hands."

"When I was a child I lost my mother and my sister in a horrible car accident. Ms. Snapka settled our case and while nothing will bring them back she made sure that I am taken care of for the rest of my life. I am very grateful for the planning she did when I was young."

"At a most difficult time in my life, a friend recommended Kathy Snapka to review my situation. While showing compassion for me, Kathy showed skill and determination to right a wrong. I would not hesitate to recommend The Snapka Law Firm to any one of my friends. Thanks Kathy."

" One day something totally unexpected happened and I didn't know who to turn to for legal counsel. I was fortunate to find Mrs. Snapka. I lost my husband in the worst way imaginable. Thankfully, Mrs. Snapka helped me through this nightmare with the support I needed. She worked diligently and believed in our case. Mrs. Snapka is a strong, hardworking, professional woman who understands your needs. Mrs. Snapka fought for my cause because she made it her own."

FILL OUT THE FORM BELOW FOR A

No Pressure. Speak To An Attorney. No Hidden Fees.